How our daughter almost lost her beautiful smile. 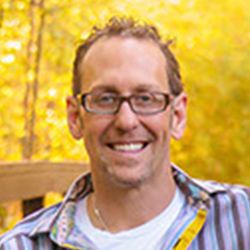 Aubree wasn’t allowed to eat anything all morning. The stress was getting to me, but finally the time came for her surgery. The doctor said that they were going to take x-rays while she was under anesthesia and would call me after the x-rays had been processed.

A little later, I got the doctor’s call. He stated that he wanted to pull all six of her bottom teeth, cap the four top teeth with white caps, and give her silver teeth in the back. I didn’t have anybody there for support because my husband was at work. I was devastated, upset, and confused, with no idea what to do next.

I was just getting off work when I received a phone call from my wife who was in a panic. After hearing what the dentist wanted to do, I said, “Absolutely not, and don’t do anything until I get there.”

I was so stressed out because my daughter was lying there in bed under anesthesia, and the doctor was pressuring me to decide right away.

Once I got to the hospital, the doctor told us that if we didn’t have the procedure done that day, they would take her off anesthesia, and we would never be seen by them again. I told them, “Wake her up.” We waited for the anesthesia to wear off and left.

From this point on, we felt extremely stressed. Although we knew our daughter needed the dental work, we wanted it to be perfect and wanted her to have white teeth without a single silver cap.

I kept second-guessing myself and wasn’t sure if we had made the right decision. But a couple weeks later we found Dr. Levi Palmer, and he informed us that he would be able to fix Aubree’s teeth and restore her beautiful smile again without pulling any teeth.

We looked on Dr. Palmer’s website and discovered he did amazing work. He informed us that Aubree didn’t need to have any of her teeth pulled, and there was no reason that she should have silver caps. He told us about Zirconia crowns that would look totally natural and assured us that no one would ever know she had them.

I’m so impressed with the work that they did and am so incredibly grateful that we made the decision to take our daughter off the anesthesia and find another doctor.

Aubree’s teeth were treated with Zirconia crowns the way we wanted without pulling a single tooth or having any silver in her mouth. We are extremely happy with the outcome and so thankful we discovered a natural-looking Zirconia option in time for her treatment. Aubree now proudly displays what she calls her “princess teeth” for all to see.

DR. PALMER SAVES THE DAY: Dr. Palmer was able to stabilize Aubreeʼs teeth with the use of silver diamine fluoride (SDF) to maximize the prognosis for her four front teeth and decrease the sensitivity that Aubree had been complaining about. Mom was a little freaked out with the black color, but a few weeks later, Aubreeʼs teeth were restored with Sprig’s Zirconia crowns and today look amazing.

Restoration by Dr. Levi Palmer | Article by Aubree’s Parents
Dr. Levi Palmer, DDS, acquired a degree in nutrition from UC Davis. After two years of surgical research at the UC Davis Medical Center, he completed his dental degree at USC School of Dentistry. He took his pediatric dentistry residency at the University of Colorado Children’s Hospital. Dr. Palmer practices in Chico, California, where he lives with his wife and two children.