Serving Dentistry in Ecuador with MedLife

Learning to become a citizen of the world. 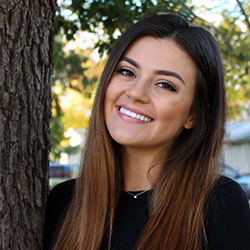 The morning after my college graduation ceremony last spring, I quickly packed T-shirts, scrubs, and a wide array of unfashionable, but comfortable, clothing sprayed with Deet and headed to the San Francisco airport. With little time to process my thoughts or ponder my plans, and with very few expectations, I dove headfirst into my medical mission adventure, traveling with my classmates from the University of California, Davis to Tena, Ecuador.

I never fell asleep faster than I did after boarding our plane, and nearly 15 hours of flying time later, we finally arrived at Quito, Ecuador’s capital city. Yet, our traveling was nowhere near being over, for we had to wait for all my classmates’ flights to arrive. Once everyone had arrived, we still faced a four-hour bus ride to our destination in Tena. I settled down on the bus to snooze until we finally arrived at our hotel.

The only things that awakened me on the trip were the occasional aggressive Amazonian rain pelting the windows and one jolting bump in the road which caused me to topple forward and land headfirst on the bus floor. I laughed to myself and saved the story to tell my friends the next day. Once we arrived at our hotel, I wearily crawled into my top bunk, never happier to finally be in a bed.

Our trip was sponsored by a remarkable organization, MedLife, a movement founded in 2005 by Dr. Nick Ellis. MedLife emphasizes involvement in medicine, education, and development activities with a mission “to build a worldwide movement empowering the poor in their fight for equal access to healthcare, education, and a safe home” and a vision “to eradicate global poverty.”1 MedLife utilizes the skills of students, educators, and healthcare providers to sponsor mobile clinics in Ecuador, Peru, Tanzania, and Nicaragua.

Tena, known as the “cinnamon capital,” was the location of choice because of its proximity via a short bus ride to the many communities that line the Napo River, a tributary of the Amazon River. Such nonurban areas of Ecuador have a poverty rate of 70 percent,2 and Ecuadorians in these regions make most of their earnings as farmers during the growing season with a wage equivalent to only US $15–30 per month. At other times of the year, families search for gold along the riverbanks or work in tourism, activities which earn even a smaller income.

Each day our schedules were planned out by the hour. As an anthropologist, I was fascinated by the complex interconnection of culture, poverty, healthcare, and governmental infrastructures. I saw new perspectives each day shedding more light on these issues through firsthand experience working at various stations of our mobile clinic—pharmacy, primary care, OB/GYN, and my personal favorite, the dental clinic. At the pharmacy station, one of the most common prescriptions for children was for antibiotics to rid their systems of intestinal parasites, a condition resulting directly from their lack of access to clean water. In OB/GYN, cultural differences were exposed when women in the communities were ashamed to get pap smears because they feared the stigma of it being interpreted as a sign of disloyalty toward their husbands.

The dental station was the busiest one of all, as most patients needed extractions due to a lack of knowledge regarding proper dental care as well as a lack of access to dental-care products. To combat this situation, we gave each child a toothbrush and taught them in Spanish how to brush their teeth. This one on-one instruction time was probably the highlight of my trip. Interacting with these kids showed me that despite any differences, we all had one thing in common, and that was the human connection we all shared.

A friend and I invited the kids to play a game and gathered them in a circle. We taught them how to play the game of duck-duck-goose. I will never forget Nayeli who followed me around for the rest of the day. Although she was only a little girl herself, she was big sister to a number of siblings and carried her baby brother around on her hip.

One of the biggest lessons MedLife taught me was the importance of mobilizing ourselves so that we can build powerful individual connections and trust within these communities to make a lasting impact on them as well as ourselves.

We watched a Ted Talk by Hugh Evans about being a “global citizen,” an individual who identifies first and foremost as a member of the human race before any nation or religious group. This short video summed up everything I felt about humanitarian work. Deep down, I have always had a lingering and unsettling feeling as to why those in poverty had to live life under their poor circumstances while I enjoyed so much abundance just because of where I was born. I never understood why I was given my life with its many opportunities when I just as easily could have been born in their position. In his talk, Evans also questioned why “the ability to live out dreams depends on what Warren Buffet called the ovarian lottery.”3

According to Evans, poverty is often the direct result of a succession of colonial powers and corrupt organizations whose chief purpose was merely to look after their own interests. Thus, he believes that, “community development should be driven by communities themselves, and although charity is necessary, it is not sufficient. … We need a sustainable movement, not one that is susceptible to the fluctuating moods of a politician or the hint of an economic downturn. And it needs to happen everywhere; otherwise, every individual government would have this built-in excuse mechanism that they couldn’t possibly carry the burden of global action alone.”

By making the action to fight poverty our own individual goal—instead of leaving it up to other organizations—we can truly make a lasting impact with long-term results. When Evans realized this, he founded the “Global Citizen” movement and planned a music festival with appearances by headliner musicians such as Stevie Wonder, Beyoncé, and Coldplay. The ticket required for entrance into the festival was proving your action to qualify as a global citizen. Through personal identification, Evans channeled millions of individual’s short-term excitement to serve into a long-term global passion. 3

Some may think, what is the point? What is my small effort going to do to fully eradicate global poverty? I asked this same question until I mobilized myself to serve the communities along the Napo River and realized I had helped nearly 150 individuals every day. That is nearly 400 lives helped just by our small group of 20 students, three doctors, and one dentist. We worked with local governmental representatives to build trust in the communities and not just apply a “band aid” fix. The short Ted Talk video was so powerful to me because it put into words everything I had learned on this trip and how it applies to my life as a human being living in the modern world.

Taking a small amount of time out of your life to provide help in person can really make a difference and connecting with those you serve face-to-face brings an incredible feeling of understanding that cannot be put into words. You may hear about poverty, but something happens when you see it firsthand and are privileged to alleviate someone’s suffering through providing a human connection.

Pausing my life and serving with MedLife was the best thing I have ever done for myself. It opened a door of self-understanding that can never be closed. I truly believe that the people of rural Ecuador helped me just as much as I helped them. They helped me put my life with its associated problems caused by the stress of an advanced, self-serving, fast-paced society into proper perspective.

As a busy student and an aspiring dentist, I get so involved in meeting my daily deadlines that I forget to maintain those personal connections which I saw demonstrated among the people along the Napo River. The people of those rural communities possessed so little yet were happy and engaged with one another and their environment. Mothers as young as 15 and young children carried their siblings in homemade baby carriers.

It did not take long to notice just how close these people are to one another and that they take care of each other. I made a vow to myself not only to continue offering my body and hands to serve communities in need, but to bring some of the connectedness that I observed into my personal life and encourage others to do the same.

We went to Tena for the purpose of helping people by providing them with education and healthcare, but I think they actually helped me even more than I helped them. Having acquired these new perspectives has changed me forever, and I am excited to start my new life as a global citizen.

Elena Hansen, BS
Elena Hansen is a recent University of California, Davis graduate who earned a bachelor of science degree in anthropology. She is currently attending the pre-health, post-baccalaureate program at California State University, East Bay. She plans to apply to dental school next summer. She enjoys yoga and visiting nearby San Francisco. Her father is John Hansen, cofounder of Sprig Oral Health Technologies, Inc., and her mother is Brenda Hansen, CEO at Sprig.