Sprig’s founders reflect on their journey and why after five years they’re only getting started. 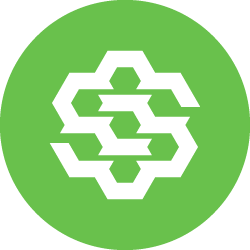 “I love working with John Hansen, and one day we’re going to do something big,” Jeff Fisher recalls as he describes his initial partnership with John Hansen before Sprig was even conceived.

Five years after launching Sprig, they have indeed done something big. Dentists by profession, Fisher and Hansen set out to revolutionize pediatric dentistry in 2010 by launching the company and introducing the profession to the first pediatric Zirconia crowns. Since then, their impact has been felt throughout the United States, and they’ve even made their footprints in the international marketplace.

How It All Began

The inspiration for the idea was sparked by Hansen’s experience with his son, John Paul, and Fisher’s extensive experience with pediatric dentistry and knowledge of the drawbacks of existing crown technology. Hansen’s 3-year-old son had fallen in the bathtub and badly chipped his front teeth. Hansen discovered that the crown options available to him as a parent were less than satisfactory. John Paul continually cracked his crowns. Frustrated, Hansen took matters into his own hands.

“Having my own in-house laboratory,” Hansen explains, “I had the ability to actually make John Paul some restorations based on adult technology so that they would last.”

Hansen and Fisher created their first Zirconia prototype and began to offer pediatric dentists an alternative to the clunky, white-faced steel crown and the less-durable composite crowns previously used to repair Hansen’s son’s teeth. The new Zirconia crown used technology similar to what Hansen typically uses in adult dentistry. The crown boasted something that none of the alternatives had—both durability and esthetics.

Fisher began taking the prototype crowns to local dentists for whom he provided anesthesia and immediately started receiving positive feedback.

“Whenever you’re changing an industry and bringing something brand new to the profession, the enormity of the task can be overwhelming, and half the time you don’t even know where to start,” Fisher says. Nevertheless, the two dove in headfirst, and their V1 product began to flourish.

However, the work didn’t stop there. As Hansen says, “We’re always looking for opportunities to do things better. I’ve spent a lot of my time doing cases and teaching techniques to other doctors. We also receive feedback from dentists using our crowns. As a result of our personal experience with the crowns and the feedback we receive from dentists, we continually make changes striving to improve our crowns. It’s almost like it’s in the dentist’s DNA to create these products and just keep making them better.”

The unique advantage that Fisher and Hansen have is that they have continued their practices alongside Sprig and, in turn, use their own product in their practices. While many companies manufacture a product and ship it out, Sprig is on the frontline of not only manufacturing their product but also in testing its effectiveness.

“We actually use our own product, and, for us, it’s never good enough. We’re always wanting to make it better and better,” Hansen says. Sprig’s motivation to continually improve the Zirconia crown has led to continual steps forward in innovation.

Fisher explains that understanding the technique of seating crowns is often the key to improvement. “How do I make the process more affordable and faster? That’s what everyone wants. And the goal is not cheaper and faster from the standpoint of making more money. It’s less expensive and faster because I have a 3-yearold that doesn’t want to sit here,” Fisher explains. Understanding that successful pediatric dentistry hinges heavily on the state of a restless child having his teeth worked on, Fisher is continually challenged to increase the efficiency of the product. The question was always, “How can we do this procedure easier and faster, so that kids don’t have to be in the chair any longer than absolutely necessary.”

By understanding the implications of cost and speed through their own practices, Sprig’s founders have a leg up on their competition in delivering a next-gen product that will not only provide lasting esthetics and durability but will also be cost-effective for families.

Sprig could easily have produced and sold their crowns and never gone the extra mile in caring for their patients or practicing dentists. However, Hansen and Fisher don’t operate that way. “Being dentists, we felt the obligation to say, ‘Hey, there is a whole generation of people who aren’t being taught this in their school or residency programs,’” says Fisher, who had only been out of his residency for a couple years when he and Hansen had their initial conversation. “How do we bridge the gap between our product’s potential and the experience of practicing dentists? That’s where the whole concept of Sprig University came from.”

When a new product hits the market, dentists throughout the world need to learn how to benefit from the new technology. Because Sprig was such a trailblazer in the dental market, there was no existing training available on how to integrate their crowns into private practices. Sprig University was formed to offer a hands-on workshop for dentists, providing them the knowledge and skills required to begin using pediatric Zirconia crowns successfully in their own practices. Sprig University sparked a new level of growth for the company.

“John has been so awesome at putting classes together and bringing in experts that aren’t just from Sprig,” Fisher observes. “Practicing dentists and peers participate who are able to say, ‘Hey, this is how it changed my life and my practice, and I just want to share that with you.’” Having voices from outside the company lecture in this educational venture has helped to give credence to the emerging technology.

Despite their company’s growth, Hansen and Fisher still maintain their humble beginnings. Sprig has found success through a personal touch and through deep knowledge of the negative experiences that can occur in pediatric dentistry. Hansen and Fisher make it their mission to not focus solely on profit and quantity, but rather on the number of lives changed. Hansen’s own experience with John Paul certainly played a role in crafting their mission statement and in fostering their belief that changing a patient’s life is the most rewarding part of their success.

“Being a parent, you want the best for your kids. When your kids have dental issues, you want them to get healthy again and feel good about themselves,” Hansen says. Fisher and Hansen’s own experiences helped shape their understanding so that they could maintain a level of empathy with their clients. “Being a dentist is one thing but being a dad and wanting the best for my own son, is another thing. It’s a great feeling to know that we’re affecting so many other kids in the same way. We get thanks from doctors all the time, but we also get phone calls from parents who will contact our company and tell us stories about how our crowns have positively impacted their kids’ self-esteem and confidence. It’s pretty cool.”

Sprig began in the small lab in the back of Hansen’s dental practice in Roseville, California. After outgrowing two other office spaces, they resettled into a larger space in Loomis, California. Though they were successfully growing, the initial financial commitment was a bold risk. Hansen explains, “There’s only so much capacity you can have in a dental office. At some point we had to grow. The investment for the machinery and the equipment was a leap of faith. We knew the product worked, and the doctors that Jeff works with daily knew the product worked, but that was just our own community. We had to hope other dentists in other communities would have the same feeling. The capital investment was the biggest risk.”

The financial risk wasn’t the only sacrifice Hansen and Fisher had to make. With full-time practices already consuming their time, committing to Sprig meant less time with their families. “That’s where the passion comes in. You’re willing to do those things, because you know that it’s something that’s going to make a difference,” Fisher affirms. “You’re willing to push that extra mile because you know it’s worth pushing for.”

Both Hansen and Fisher are quick to give credit to their families for supporting their vision. “I haven’t had the luxury of being able to stop my dental practice and fully focus on Sprig,” Hansen says. “I still do both. It has been a big sacrifice for my family. My wife Brenda works almost seven days a week now for Sprig because it’s become a bigger company than my dental practice ever was. It’s a lot of work and a big-time commitment for us and involves a lot of time away from our family as well.”

“We were both young dads, and we both had wives who noticed that we were working hard,” Fisher explains. “There were days they knew it was going to succeed, and there were other days when they had questions. You go through times where you want to be happy and spend more time at home, but you must go work and hope they understand. I think the kids were a little more excited about the business than Mom was sometimes.”

PLANNING FOR THE FUTURE

Hansen and Fisher discuss the future of Sprig as the need for advancement continues to grow.

From practicing dentistry and anesthesiology to creating an industry-revolutionizing product, John Hansen and Jeff Fisher remain as focused on their initiative as the day they began their journey. The two can now look back on what they have accomplished as groundbreaking innovators. “When you look back at things, it’s always a lot more nostalgic as you remember all the good times, and all of the difficulties tend to fade in comparison,” Fisher reminisces.

Though they are still a young company, so much more lies on the horizon for Sprig. With several patent-pending products, Dr. John Hansen and Dr. Jeffrey Fisher aspire to continue leading the way into the future with more innovative and revolutionary products to enhance the art of pediatric dentistry.