There’s nothing better than knowing your child received the best there is. 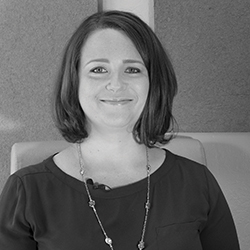 MARYCLAIRE’S STORY CONTINUES … FROM HER MOM’S POINT OF VIEW.

“So, when did all of your baby’s teeth turn white?” I recall asking other moms in my daughter’s playgroup. I consider myself a smart person; heck, I’m even a nurse who knows a thing or two about the human body. But can anything really prepare you for the role of first-time mom? In retrospect, it seems like such a dumb question, like I should have known there was a problem from the very beginning when Maryclaire’s translucent-gray teeth peeked above the surface of her gums. I wasn’t all that concerned because Maryclaire’s recent checkup gave her a clean bill of health. I shrugged it off and worried about other things.

But as her teeth continued to erupt, I became more concerned. At our next doctor’s appointment, our pediatrician noticed her teeth before I could even point them out and referred me to two local pediatric dentists. I still wasn’t that worried, because I thought it wasn’t anything that a routine cleaning couldn’t fix. Since I knew that one of the recommended dentists was retiring, I picked the second one. “Score!” I thought, “The office is right down the street!” I didn’t know at that point just how important that decision would be for us in the months and years to come. Lucky pick, because I’m convinced Dr. Banakus is not only the best pediatric dentist in town, but in the whole wide world.

It was an exciting morning—Maryclaire’s first dental appointment. I snapped a picture or two on my iPhone. We were taken to a private exam room and I was more concerned about keeping my 1-year-old daughter off the equipment than I was about the visit.

Dr. Banakus looked at Maryclaire’s teeth and made a swift diagnosis. She quickly warned me not to go home and Google the condition until she had an opportunity to personally e-mail me actual scientific literature and reputable sources of information. She said she would be in contact with our pediatrician and that she was concerned about how the dental condition is closely linked to manifestations in the skeletal system. She said a lot of other stuff, too. I don’t remember much except that I was finding it hard to breathe.

Naturally, I went home and Googled what the hygienist had scribbled on a sheet of paper, “Dentinogenesis Imperfecta (DI).” People with bright blue sclera and open mouths with snaggle teeth stared back at me. I learned that some manifestations were even fatal. My list of questions and worries grew and grew.

Maryclaire had always been, and still is, a very happy child. She had never complained about any discomfort with her teeth and seemed fine. She smiled and laughed all the time.

It hit me that this was all going to change. I couldn’t stop thinking about how much pain she would likely endure and worried about what other problems she might develop that we didn’t even know about yet. Would she be able to play like a normal kid? Would she continue to develop and grow like she should? Would other kids make fun of her smile? Her teeth would certainly become a source of embarrassment and fodder for bullies. It pained me to even think she would ever not want to smile.

I appreciated how Dr. Banakus saw beyond her own specialty. She educated us and advocated for us to investigate other manifestations of Maryclaire’s genetic condition. It turns out she has a denovo mutation for a collagen gene on chromosome 7. With the help of our pediatrician, we saw genetic counselors, an Osteogenesis Imperfecta (OI) specialist, a cardiologist, and an audiologist.

With Dr. Banakus, we developed a plan to care for Maryclaire’s teeth. She recommended crowning all her teeth. Our goal was to wait at least until she was 2½ for her surgery. So we planned to perform meticulous oral care, monitor the deterioration of her teeth every three months, perform fluoride varnishes and fluoride supplementation, and avoid acidic and cavity-promoting foods.

We became tooth-brushing pros. I went on a mission to eradicate goldfish crackers from the planet. You know what? Kids survive without crackers and chips and sticky, gooey fruit leather.

I took Maryclaire to tour a preschool that we were very interested in. At snack time, moms were handing out snacks of graham crackers and orange wedges. I just about had a seizure. I snatched up her graham cracker and put a halt to the incoming citrus, dripping with acidic doom. Okay, I wasn’t really that dramatic, but what came after was the barrage of questions and stares and me stuttering to explain my child, who was now viewed as some sort of specimen in the room. It was the first time I had to deal with explaining my daughter’s teeth to strangers. Everyone was nice about it, but I just wanted to scoop up my girl and leave.

The day before the surgery, I realized I was going to miss Maryclaire’s natural teeth. They weren’t ugly to me. They were all I had ever known, and Maryclaire was still too innocent to know the difference. I snapped a couple of pictures, just because that was her smile, and I loved it.

MOM ON A MISSION

To protect Maryclaire’s teeth, her mom went on a mission to eradicate goldfish crackers from the planet.

We talked to Maryclaire about the planned procedure and told her she was going to be getting “princess teeth” from Dr. Banakus. We had discussed the aesthetic options for the crowns and planned to do the white crowns canine-to-canine with stainless steel crowns in the back. While Dr. Banakus thought that the white crowns would be durable enough for the molars, she was unsure if she could fit them with the irregular root structure of Maryclaire’s DI teeth.

The procedure lasted about three hours. When Dr. Banakus came out to the waiting room, she was so pleased to share the good news—she had seated the white crowns on all of Maryclaire’s teeth. She exclaimed, “Maryclaire’s teeth look beautiful.” I agreed. They certainly do!

I’m relieved to have had such an esthetically pleasing and fully functional solution to our daughter’s dental condition. Maryclaire’s teeth now look so real no one would ever guess her teeth are crowned. What could have been a real nightmare for a kid (and a parent) turned out to be a gratifying experience for us all.